The permanent ensemble "Die Unsicht-Baren" (meaning "The Invisibles") consists of two professional actresses and two professional actors. They have all been active on stage and on TV for years, and have been working as voice actors for dubbing, audio guides and documentaries. In the theatre shows in the Dunkelrestaurant Berlin they play in pairs and slip into countless different characters during the evening - only by means of their voice. 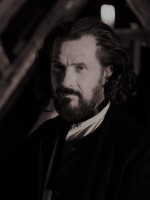 Falko Glomm, actor and narrator, founded the Ensemble in 2007 after having started writing and directing plays for the Dunkelbühne Berlin three years earlier. In 15 years of dark theatre 17 plays were created. From children's programmes to crime thrillers - from improv theatre to horror evenings. The detective stories in particular have been his great passion for years and are always based on original cases from the 1920s, and always come from the environment of criminalist legend Ernst Gennat. The cases have been extensively researched and staged in loving little details. In addition, he is a speaker for dubbing and advertising as well as for countless audio guides and computer games and works as a language teacher at the acting school Michael-Tschechow-Studio-Berlin. More under: www.mtsb.de. 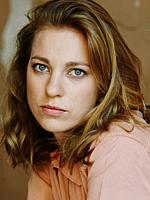 Hannah Prasse, who grew up in the Black Forest near the French border, studied acting at the Michael Tschechow Studio in Berlin. In addition to various engagements at theaters such as Konzertdirektion Landgraf, Theater unterm Dach, Ma langue au Chat, she is active as dubbing actor and podcast speaker, has just completed her first feature film and can be seen in "Frauensache" at the Kleines Theater am Südwestkorso since August 2021. In the same year she won the Best Actress Award for international short films in Italy. 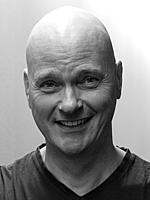 Volker Werner studied philosophy, musicology, German and Slavic studies in Kiel, Göttingen, Berlin and St. Petersburg and graduated with a Master of Arts degree. While still studying in Kiel, he began taking hours in regular speech training. When he moved to Berlin in 1993, he received extensive training as a speaker and actor. He works as a freelance author, comedian, actor, voice actor and sound designer. Since 2009 he has been writing and producing radio comedy for the German station NDR. His radio plays have been nominated several times for radio play awards. On stage, he not only does improvisational theater, but has been seen as Macbeth and Oedipus, among others, and in plays such as Terror, Uncle Vanya or Carnage. Most recently, he played Alexander von Humboldt in the comedy Humboldt & Humboldt by Thomas Rau. He also appears in front of the camera and has had the opportunity to work in German and international film and television productions with directors such as Andreas Dresen, Wolfgang Petersen, Duncan Jones, Oliver Hirschbiegel and Florian David Fitz. 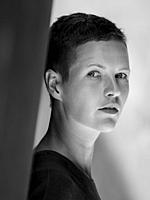 Marie Dolderer is a passionate actress, speaker and dancer. She has lived in Berlin since 2015 and participated in various theater projects and TV productions ("Kommissarin Heller"). Most recently, she was on stage with the Cargo Theater Freiburg ("Fragen an Charlotte") and the ensemble Theaterforum Kreuzberg. Before she discovered the theater stage, her passion belonged to the children's and youth circus, and then music came along. With her violin Marie entered the first concert stages ("Liederhalle Stuttgart") and is still active in music (choir and orchestra project "Lunaris"). 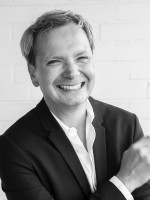 Yuri Gárate, born in Chile, began his professional acting career as an actor at the Brandenburg Theatre. He studied acting, singing and dancing at the Hamburg Stage School and subsequently worked for German television and in international and German theatre productions. He currently lives in Berlin, plays theatre, directs and forms theatre groups for children and seniors in the Berlin area. He currently works as an editor, sings and reads in the independent group "UnZeit - gesprochene Blätter für Kunst und Kultur", teaches at the Berlin film acting school STARTER and is a member of the ensemble in the Unsicht-Bar Berlin. More under: www.garate.de.

Martina Brückner has been on stage for 35 years and acted in a total of 54 plays so far. She has been working as a theatre author and translator for 31 years (39 plays). As a director she has staged 71 plays in the last 25 years. As an acting teacher she trains actors and students for auditions. Since 2007 she belongs to the permanent ensemble of the unsicht-Bar Berlin. Here she was seen in 13 plays, including a one-woman show. More on Facebook.

Eva Maria Kölling has been a freelance actress for over 20 years. She has worked nationwide in theatres. She could be seen in adult­s plays as well as in children’s and youth theatre. The Hamburg actress has lived in Berlin for twenty years. Today she is engaged as a freelance actress at the German-Jewish theatre in Berlin. She also plays her own program "Rosinen aus Baghdad – ein orientalischer Erzählabend mit Musik" in Berlin and presents chansons by Jewish artists at the Jewish Cultural Days. For a few years now, her acting skills have also been incorporated into creative training and coaching for adults. More under: www.evamariakoelling.de.