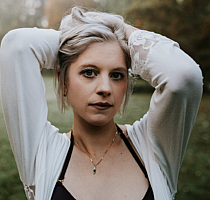 Maria Christina studied jazz singing at the Graz Art Academy with the New York singer Dena DeRose. She continued her studies in New York with a Fulbright scholarship at the Manhattan School of Music. That was followed by awards in Montreux and Brussels and performances in the USA and Europe. Her debut album was released in 2013 and convinced with "grace and a soft, multi-faceted voice" (Mica Austria), similar to the "freshness of Mitchell's early work" (Concerto). Meanwhile the born Austrian lives in Berlin and has been singing here in the unsicht-Bar for seven years. Her current album "Morning Swim" can be found online and in well-assorted record stores. More information at www.maria-christina.com. 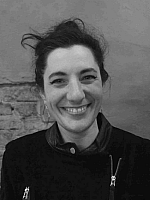 Bianca Guitton's hometown is Paris, where she became interested in theatre and singing at an early age. But it was only in Berlin that she really discovered the joys of performing on stage. Berlin offered her the opportunity to live out her diversity: One night she was a rock star at a street festival to perform, the next day she could improvise with free jazz musicians in a dark cellar in Neukölln. Since 2016, Bianca has also been a regular at the unsicht-Bar, where, together with Phil Cooksey, she covers popular songs from soul to blues to contemporary pop. With her voice and presence she loves to inspire the guests and animate them to sing along. 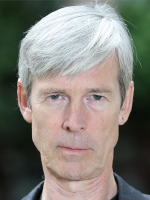 Phil Cooksey, active and versatile pianist from Cambridge, England. Phil has lived in Berlin since 1991 and can be heard not just in the unsicht-Bar. Currently you can also hear him with his solo program "Mond im Fische"; with the "Kollektiv Kein Bacchanal", which sets songs and poems by Wedekind and Bertolt Brecht to music; or with his rock formation, the "Blue Lane Band". Dates and further information under www.philcooksey.de.